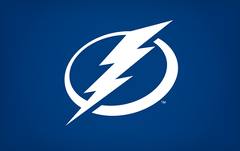 this of course was pre me marrying matty,
but clearly we're all sporting TBL polos for the family photo op
We attended the Stanley Cup game when TBL won back in 2004. It was definitely my most favorite game ever. Close second would be my birthday in 2003...they had a shut out game, score was 8-0. That was another amazing one.
GO BOLTS!﻿
Posted by FashionablyFit on Thursday, May 05, 2011

Email ThisBlogThis!Share to TwitterShare to FacebookShare to Pinterest
Labels: family, if you're bored, races, random thoughts