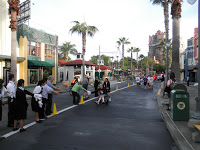 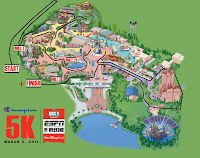 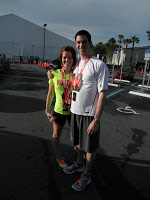 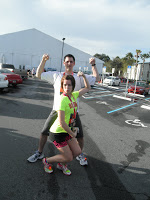 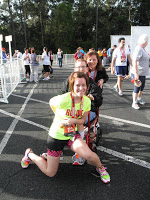 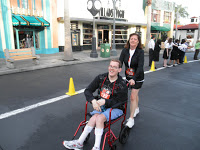 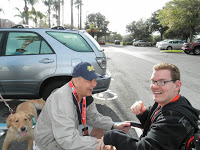 I'm in racing mode ~ like hard core. And by "hard core" I don't mean pumping out the miles left & right. What I'm talking about is the medals, the shirts, and the adrenaline that comes with the race...clearly not the miles associated with each one!

This weekend we have a family race....

The ESPN Weekend is this weekend in Orlando & Dick's Sporting Goods hosts the "Champion 5K". Dad & I ran it last year, and this year he thought it would be even more fun to have my husband, my mom, & my brother do it with us.
I'm not planning for an amazing chip time by any means...5K's require fast runners & well, I'm not fast. I've decided as long as I beat last years time, that's fine with me.
After a super thrilling conversation yesterday about half & full marathons, I've decided to sign up for my very first half marathon! Holler! And to reward myself, I'm purchasing my first running skirt. I've been totally obsessed with them lately. Of course MB (my hubby) thinks that I'm being hopeful by calling them a "running skirt", since he refers to them as "tennis skirts". Potato, po-tah-toe. I just feel the need to bring fashion to the races!
Another race on my radar is the Everest Challenge, hosted by Disney. (Disney medals are Ah-mah-zing BTW!). It's a 5K (bleh), obstacle course, & scavenger hunt. MB is totally game to do it ~ he's a sucker for a competition & I'm a sucker for a medal. We're the perfect match :)
Posted by FashionablyFit on Monday, February 28, 2011 No comments: