Did anybody else see this article about Speidi?


From the afore mentioned article on OMG!


They never actually broke up. (We basically already knew this, but now it's "official.") When asked if they'd ever split, this is how the two responded: "Spencer: 'No.' Heidi: 'No.' Spencer: 'Not for one minute.' Heidi: 'We've never even been apart.'"

They have no money. "We never had any!" Spencer told the Beast. They said they spent about $2 million on Heidi's failed music career. Additionally, they bought a whole lot of stuff they didn't need. "I probably spent a million dollars on suits and fancy clothes," Spencer said. "My whole million-dollar wardrobe -- I would never wear that again. They're props. Everything we were doing, we were buying props. I bought a big blue monster truck just to drive it on 'The Hills' for an episode. Never drove it again."

Heidi, understandably, wishes she could be like Kim Kardashian. "When [Kim] buys these clothes, she's investing in herself," Heidi said. "Because she is a big brand and is likeable. I thought I had that potential. My ego got too big. To think I could be someone like that when I was the most hated girl ever."

Heidi regrets all of her plastic surgery. "Obviously I wish I didn't do it," she said. "I would go back and not have any surgery. It doesn't help. I got too caught up in Hollywood, being so into myself and my image. I don't regret anything, but if I could go back, I wouldn't do it... I made a lot of wrong decisions too quickly. So many wrong rights and lefts and then you're just off the road. Things happened so quickly."

I don't know whether to think they are being sincere or just trying to gain admiration for an attempt at being humble & apologetic.
Then again, who cares?

Were you a Hills fan? Speidi fan?

The winners of the iTRAIN giveaway are (according to random.org):
(Natalie I counted your comment as 2 separate ones...even though you "broke the rules", lol) 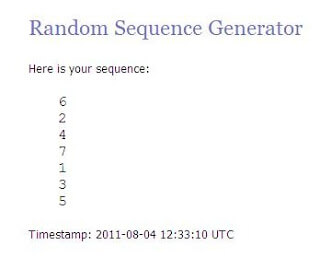 The winner of the $25 iTRAIN gift certificate was comment #6:

The winner of the iTRAIN workout from my personal collection was comment #2:

Ladies, please email me so I can hook you up with your winnings!

Sebastian at iTRAIN was nice enough to make YOU ALL WINNERS!
Enter promo code FITFEMME at checkout to receive 1 free workout!!!! (No purchase necessary)
Posted by FashionablyFit on Thursday, August 04, 2011

I actually sort of feel bad for Speidi, at least in the sense that they really thought they'd make a career out of reality TV a few years ago. Oye.

I was obsessed with The Hills. Like majorly. I was always team LC though - but I guess I kind of morbidly enjoyed the trainwreck that was Heidi.

I am doing the happy dance!

LOVED the hills, I still watch reruns in the afternoon when I get home from work haha. I hadn't seen this article about Speidi but I think it's pretty funny. They thought they were better than everyone, and it's really come back to bite them in the ass!