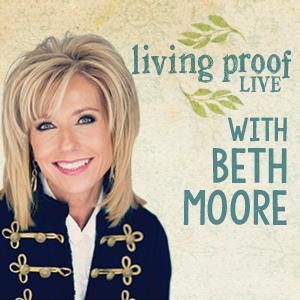 Picking up where I left off....it was time for some words from Beth! Beth's teachings carried from Friday evening over to Saturday morning.

Like I mentioned, the theme of the conference was RE-VERB.

Before Beth started teaching, she prefaced with some fun facts:


Okay so now I'm going to share my notes from Beth's lesson.

The conference was based around the prefix "RE" which means to "do again" used especially with verbs.

The motto for the weekend was:

RE
the most beautiful prefix in history

and yes, we had to say it altogether :)

One last fun fact: in the ESV translation of the Bible, the word 'again' appears 1,770 times

There were six keypoints, each were a RE-verb. We were rooted in Galations 6:1-10 but hopped around to other scriptures.

Re-verb #1: REVERB
> an effect where a sound is bounced back (reverberate in Latin means to become driven back, to become reflected, to continue in or as if in a series of echoes "resound", an historic event that still resounds today.
Paid a visit to 1 Thessalonians 1:18 - - > "sounded forth", this is the first time this was used, which in Greek means reverberate.

Re-verb #2: RESTORE
>in Greek means to put in order, former condition....in the New Testament this word was used in relation to mending fishing nets...and in Greek poetry, it was used in reference to resetting bones.
Beth drove home verse 1 of Galations 6 here, where it talks about being "caught / caught in".....the feeling of entrapment or being over taken by something.
Paid a visit to Jude 1:23

A little life application here....Beth brought up that YouTube video that a lot of us have seen, where the whale is caught in terrible netting beneath the water. Here's the video (it's over 8 minutes long....)

So if you skip to about 60 seconds left, you will see the whale is freed, has swam off....and starts jumping out of the water! It was reported that the whale kept doing this for an HOUR!!! The whale kept performing.....perhaps to give them a show of appreciation, or perhaps out of sheer JOY for being FREED!?! Beth's point here was that Christians need to show MORE JOY!

Back to the verse in Galations, we need to show gentlessness without contempt. The verse says "lest you too" - - we are all vulnerable, but we are NOT victims.

Beth honed in on vulnerability here, and challenged us to discover our vulnerabilities, by looking for our "un's". Areas of unmet needs. Just remember, Satan is never trying to meet your need.

Back to verse 1 of Galations 6:


Brothers,[a] if anyone is caught in any transgression, you who are spiritual should restore him in a spirit of gentleness. Keep watch on yourself, lest you too be tempted.


There is a progression of singular to plural back to singular in this verse.
Anyone = singular
You = plural
Yourself = singular
"You who are" is indicating that a TEAM of people is to restore the fellow believer that has become entrapped in sin. It's not ONE persons responsibility.
Keeping it a team, means that ONE person will not be overwhelmed, or become codependent....and it means that concerning confidentiality, you have a few others to communicate with. That burden of secrecy is heavy to bear...but when you have a sounding board in others, with the common goal of restoration, you can combat that!


Bear one another's burdens, and so fulfill the law of Christ.


For each will have to bear his own load.

Starting with the word "another" - - > break it apart & it is "an" "other". Our one anothers are not all others. By this she was driving home the point that we have our loved ones that we pray for & tend to carry burdens for. And then we have others that God puts in our life for a season.

"Burdens" versus "load"....
In Greek, burdens is bare' which means to bear oppressive weight, or heavy load
In Greek, load is phortion which means like a knapsack or purse

Need I say more?
As a believer, you are reframing your mind. Renewing youth.
Posted by FashionablyFit on Tuesday, June 16, 2015