How's that for alliteration!?

I had the brilliant idea to follow up my run with a Physique57 workout. I did the Abs & Arm Booster. Great workout, but I should have done it before the run.

No worries, Naughty Monkey is a shoe brand. 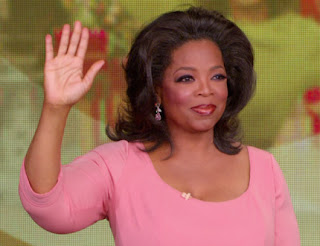 I did in highschool & sporadically in college...but ever since reality set in, work always interfered.

I haven't watched the Biggest Loser finale yet...BUT what the heck happened to Rulon? 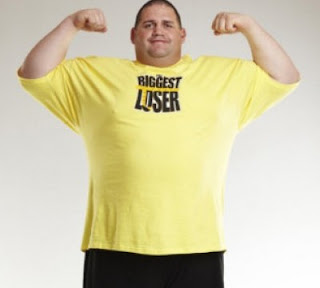 Everything I've been reading said it "his choice to leave" and that he just "abruptly quit". 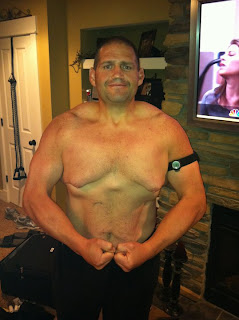 Oh, don't worry if you've mentioned something about the winner...I knew who won, I mainly just want to watch to see all the transformations :) 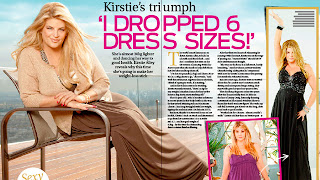 The 60-year-old actress' size has wildly fluctuated over the years, and though she's lost a noticeable amount since she first stepped out at the "DWTS" announcement, she's still not saying a number.
...Kirstie opened up about her size, saying she's down to the weight she was when she famously stepped out on the stage of "The Oprah Winfrey Show" in 2006, clad only in a bikini.

So after gaining all of the weight back and then losing it again, Alley says she's sporting a size 6 in her DWTS garments -- but she doesn't trust it. "The stylists brought me 4s and 6s this week," she says, "but they're kind of stretchy so I'll look for the dress that's immovable."

What size will make her happy? A "legitimate" 4. "I have one Alexander McQueen [dress] that's a legitimate 4... it doesn't move," she says, saying it will give her peace. "When I'm in that... looking hot." ~ From this zap2it Article

What are your feelings on appliances as gifts (birthday & Christmas)? 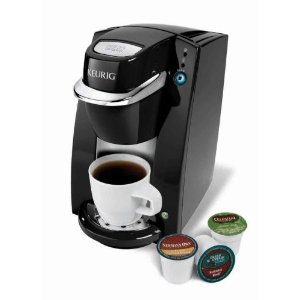 Call me a brat but my response was pretty much, "I do want a Keurig, but that would be a horrible birthday gift for me. No household appliances for birthdays please."

Honestly, if it were anyone else but him, I know I'd be okay with an appliance as a gift..but with him, not so much.

I'm pretty sure he didn't read me as a brat, because his response was "You'd rather I pick out shoes, right? I have good taste." (Which he does have good taste...& the majority of the time it's without any "suggestions" from moi').

So, yes, honey...anything but an appliance. (And definitely not a pink frying pan! Yes, that was a Christmas gift one year.)

Forgive me for solicitizing that dang video so much. I just really need more likes on it :) Thanks for understanding!
Posted by FashionablyFit on Thursday, May 26, 2011

Email ThisBlogThis!Share to TwitterShare to FacebookShare to Pinterest
Labels: random thoughts, trainingrunningworking out

I totally love things like that for my bday! I got an awesome scale once and a bowling ball. LOL I also got a Christmas stocking that had Corona and ranch dressing in it before. Perfect for me! But I'll take the shoes too. :-)

I thought she had lost weight during DWTS, but I wasn't sure. I'll have to look into it. That and how I could get on the show.
Your are right about the gadgets. My dad got me that coffee maker for Christmas and I love it, but I wouldn't have wanted it from the husband!

giggling because I have TOTALLY been begging for a flip waffle maker for bithday/christmas/mothersday/anything. :)